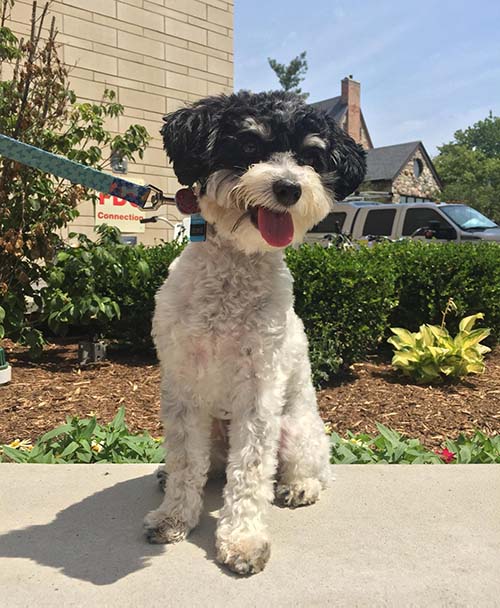 We can’t wait to meet you!

Abalabix Books is a small, independent bookstore opening soon in downtown Crystal Lake’s beautiful Brink Street Market. While we won’t be open for customers until the beginning of October, you can begin to show us your support by shopping our page on bookshop.org.

We truly appreciate and value your business and can’t wait until we can meet you in person!

So, no, you’re not crazy. “Abalabix” is not a real word. But it is a word that resonates with my family and makes us smile every time we think about it or say it.

When trying to decide what to name my bookstore, I, of course, began by Googling every literary or reading type name that I could think of. One that I almost used, were it not for the copyright of the great Mr. Ray Bradbury, was “Stuff Your Eyes” in reference to a passage in Fahrenheit 451, “Stuff your eyes with wonder. Live as if you’d drop dead in ten seconds. See the world.”

I seriously considered this name for a long time but one of my daughters convinced me that a) it sounded somewhat violent, b) was very likely illegal, and c) in this case, books weren’t actually what Mr. Bradbury had been talking about.

I also briefly considered my son-in-law’s suggestion that I name the store “Bookstore Near Me” but I felt that I was not clever enough by half to pull that one off.

Then I read an article about a bookstore owner in Maine who named her store, “Two Moose and a Cat” or something like that. In the article, the owner relates how she came up with the name and points out that any name should be meaningful to you. And that’s when Abalabix Shabortnaball popped into my head. (I know, it’s getting worse not better, but hang with me; we’re almost there.)

When my oldest daughter was in fourth grade, a boy in her class asked their teacher if she wanted to hear his spy name. Well, seriously, who could say no to that? He responded “Abalabix Shabortnaball”. Later, at the dinner table, my daughter relayed the story of what this kid, Alex, said that day and we all practically rolled around on the floor we loved the story so much.

When the girls got a bit older we used this name as a safety password when they were home alone and someone knocked on the door leading into the house from the garage. One of the girls would ask for the password and if the reply was not, “Abalabix Shabortnaball” then they would not unlock the door.

You probably never think about it but when you support a local business you are not just supporting that business, you are also supporting all of the small, local, independent businesses that they support. Abalabix Books is proud to support the following merchants:

We look forward to seeing this list grow and grow as we become a part of the Crystal Lake business community.

Please fill out the Employment Application and we’ll be in touch!